Ai Weiwei (艾未未), the artist renowned for his avant-garde works which include the stacking of a selected item of interest and placed it upon the next. The final outcome is an upscaled creation of a bold theme, refer to featured picture.

Ai is born in Beijing, China the son of a Chinese poet Ai Qing. Due to his first-degree familial background and periodic political movements (anti-rightists), Ai and his family were exiled to XinJiang, northwest of China, a vast region of mountains and deserts. The Ai’s family returned to Beijing in 1976 upon the end of the Cultural Revolution.

Ai experienced a relatively harsh environment during his childhood and teenage life, which could have enforced his ideas into avant-garde works and to utilize every piece of material within his radar. Though Ai has received many criticisms that his fame has been acquired from his outspoken nature of China’s politics framework, it is also important to recognize Ai has created some good porcelain works and remarkable avant-garde works; e.g. forever bicycle and fountain of light, and pictures as shown in this article.

Ai has recently taken on a three-year guest professorship at the Berlin’s University of the Arts. He will be spending a portion of his time in Berlin for knowledge transfer.

Trees at the Annenberg Courtyard. 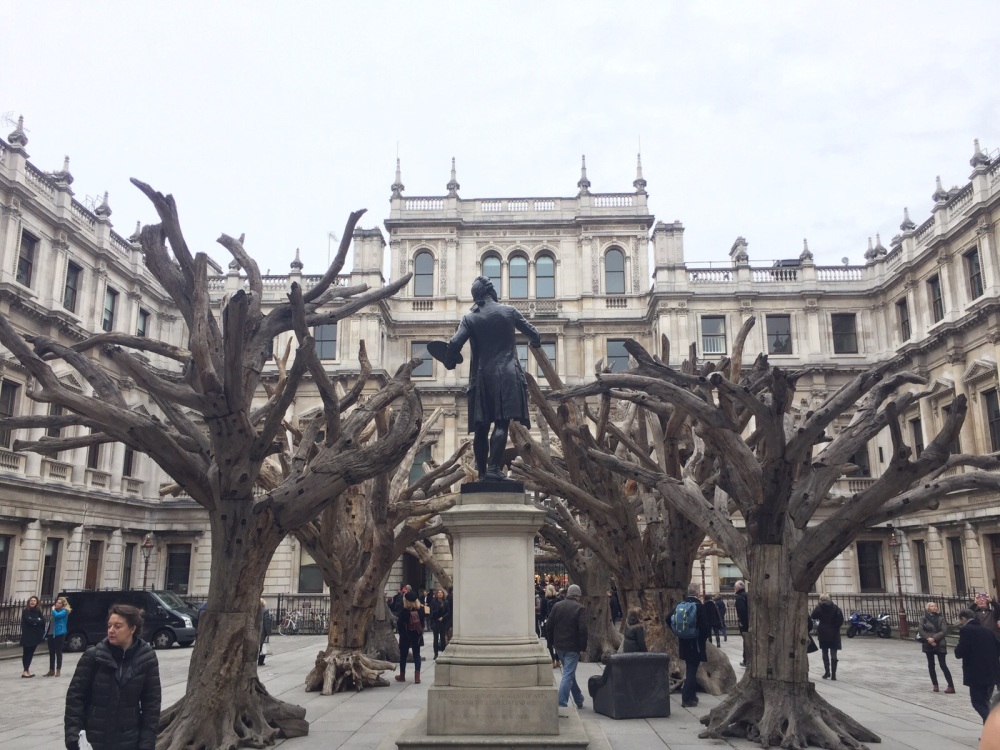 Steel Rods: Ai collected twisted rods after the Sichuan’s earthquake. Rods were then straightened by hands and showcased at RA, London. 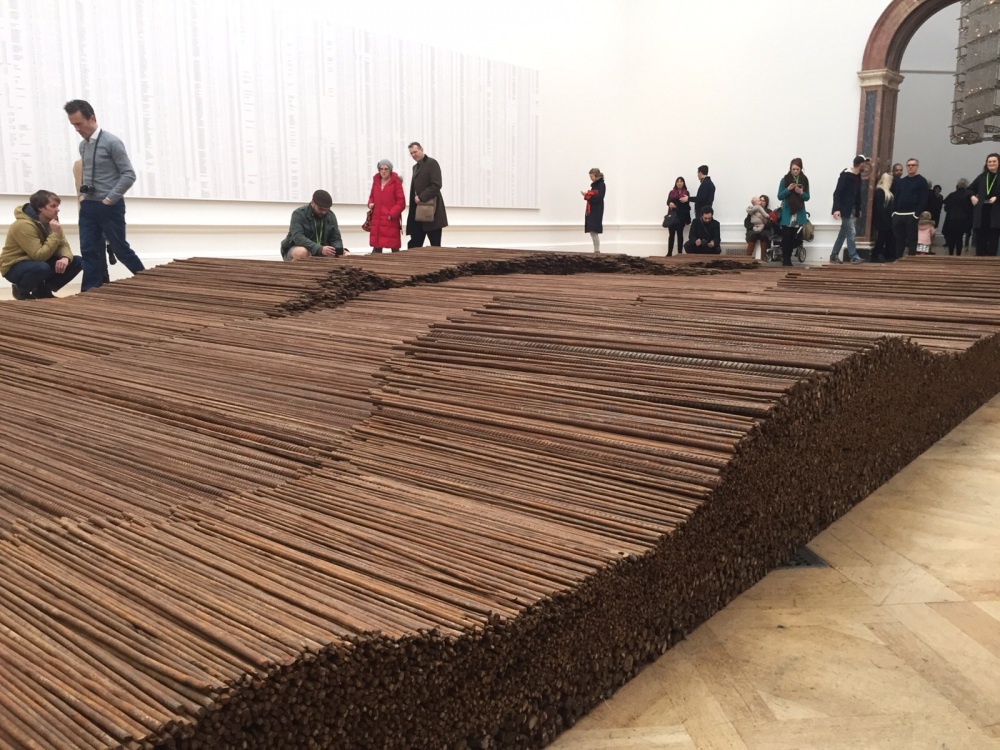 River crabs: Porcelain works. A beautiful mess of crabs and their crawls to the edge of the corner. An illustration of selection to survive in a mess. 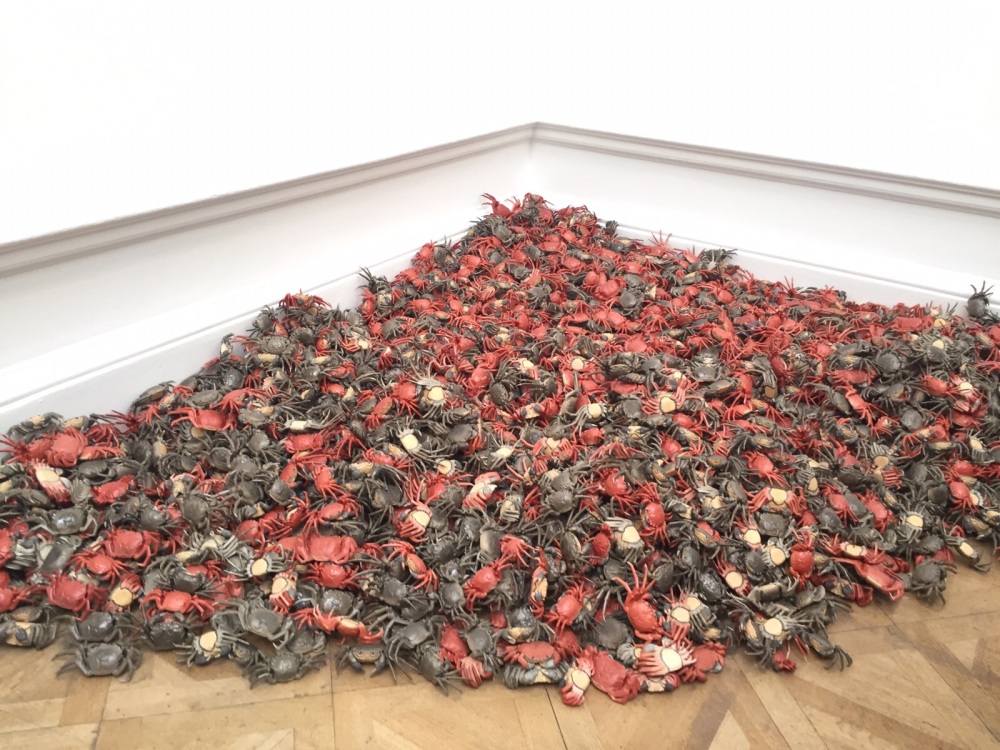 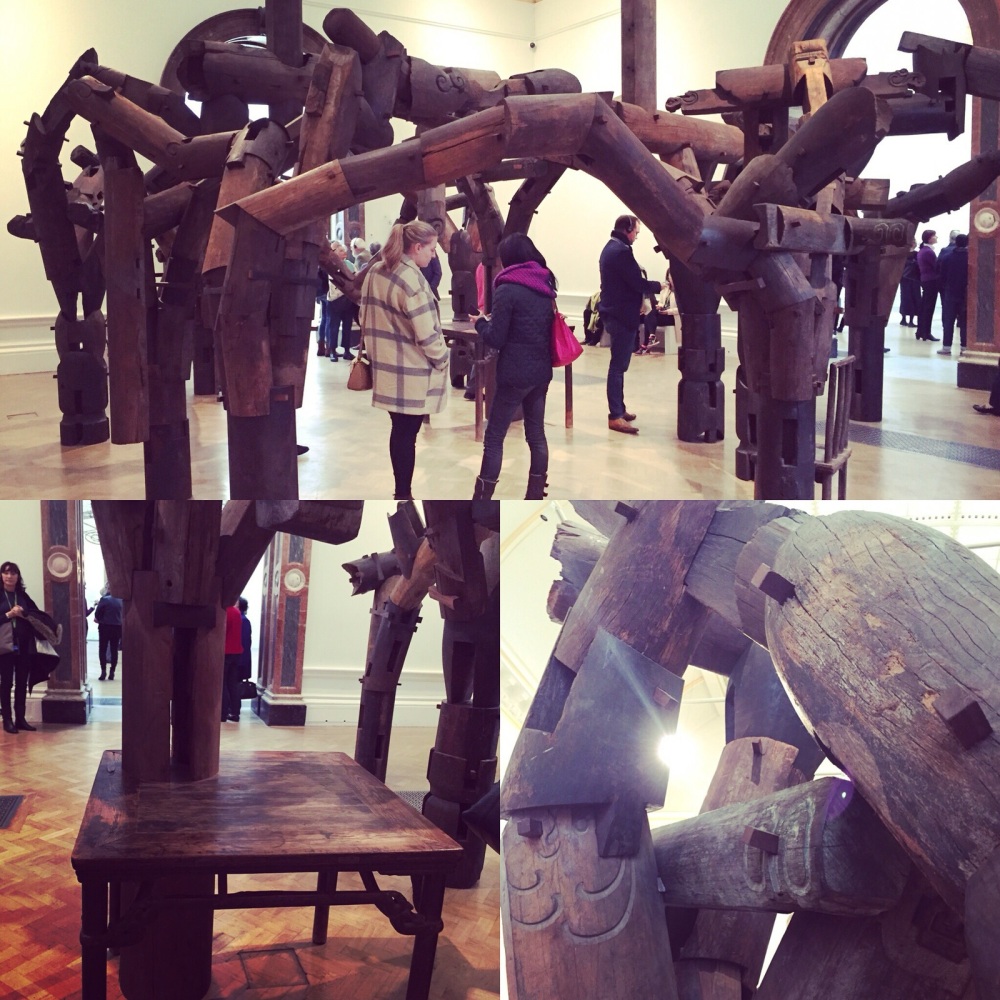 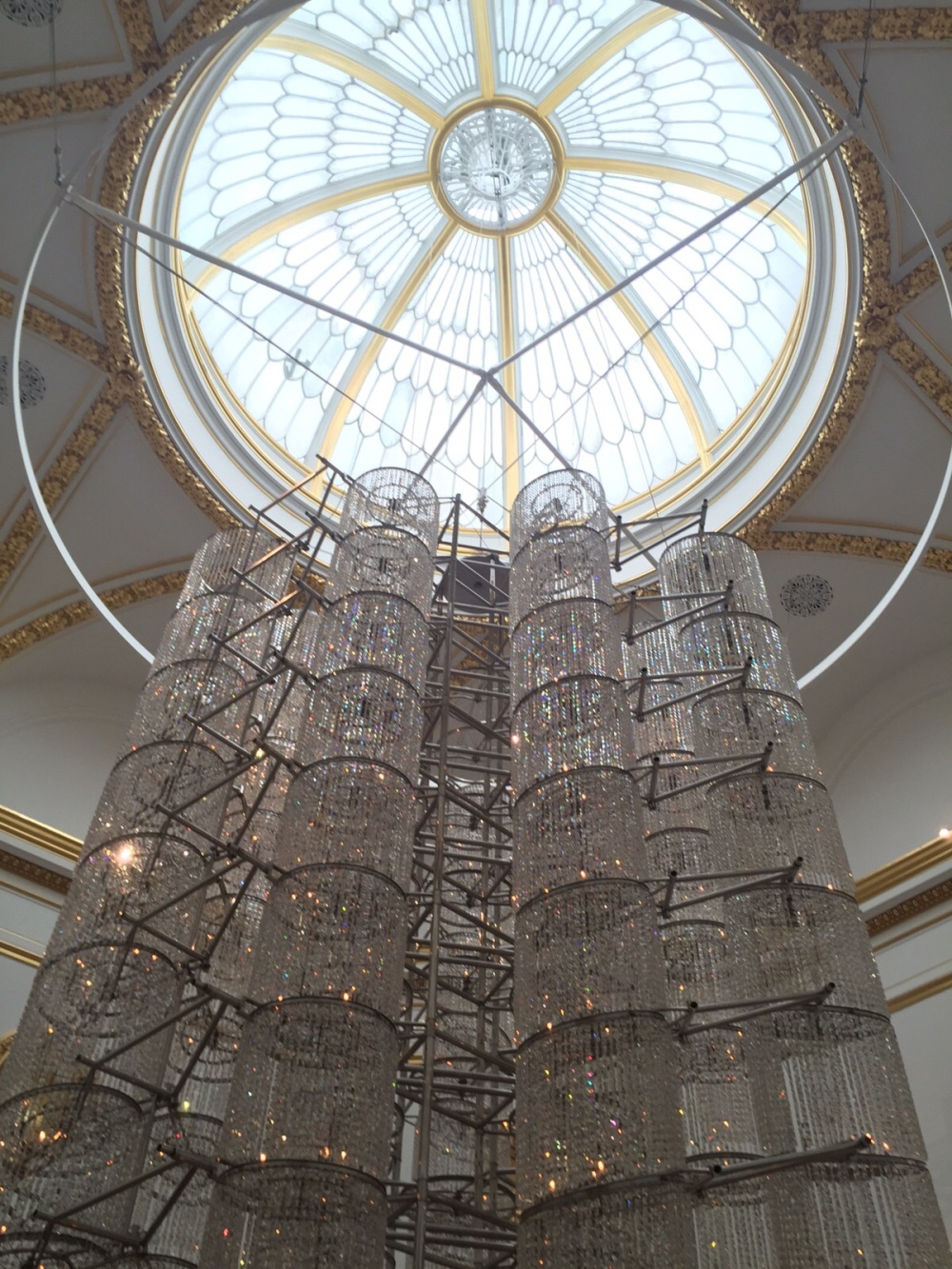 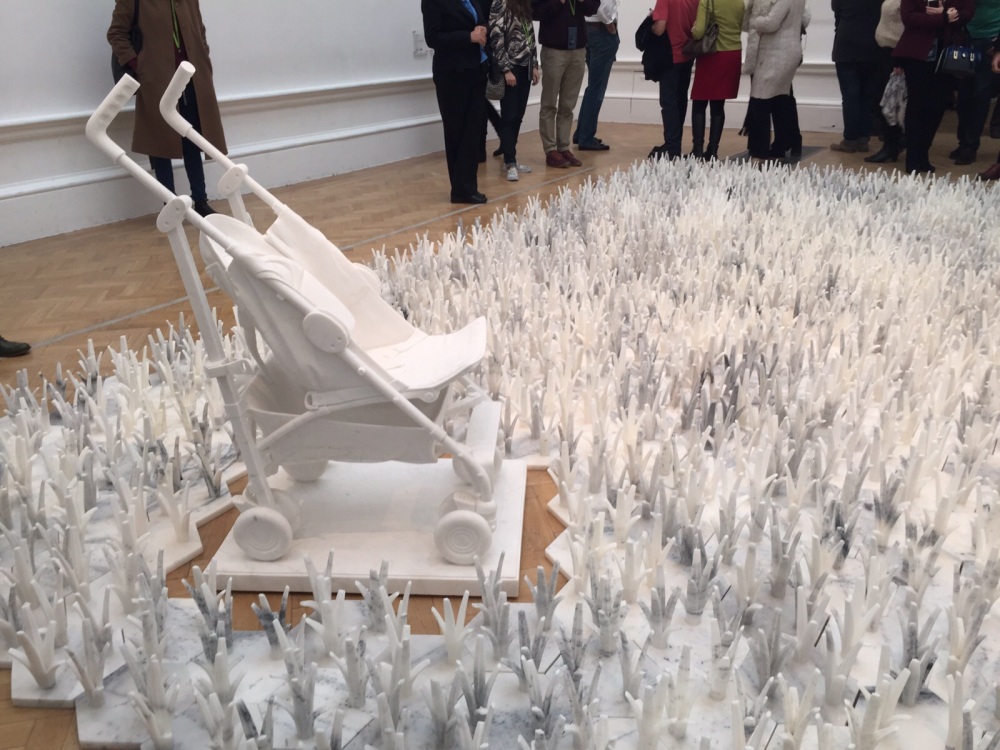 Stools from the Qing Dynasty. 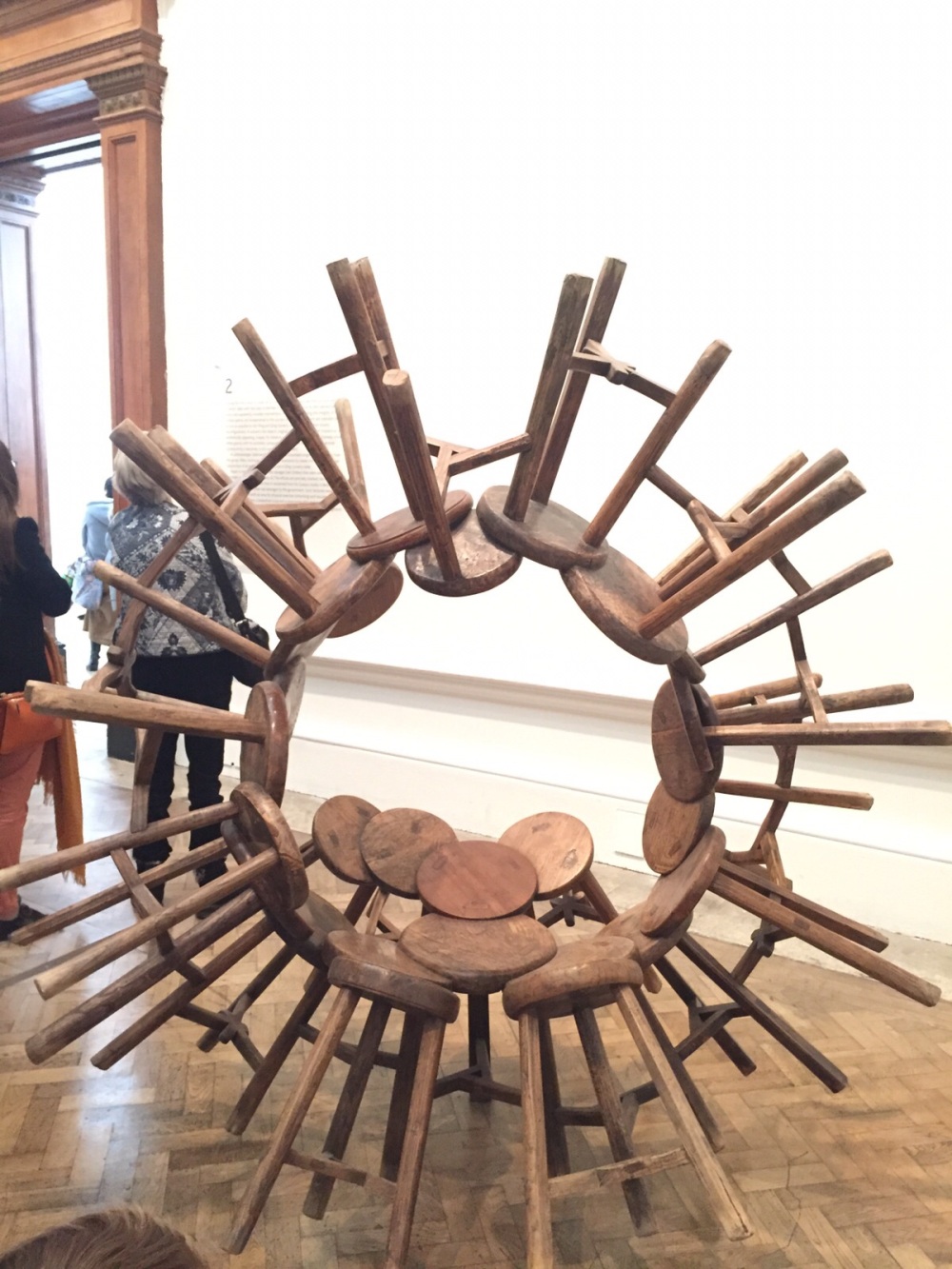