If you are living in or visiting one of the following cities, take the opportunity to visit the recommended galleries.

Occurs on the first weekend of each month, March to June 2016.
For more information: https://www.nationalgallery.sg/learn/adult-learning/film-and-performance 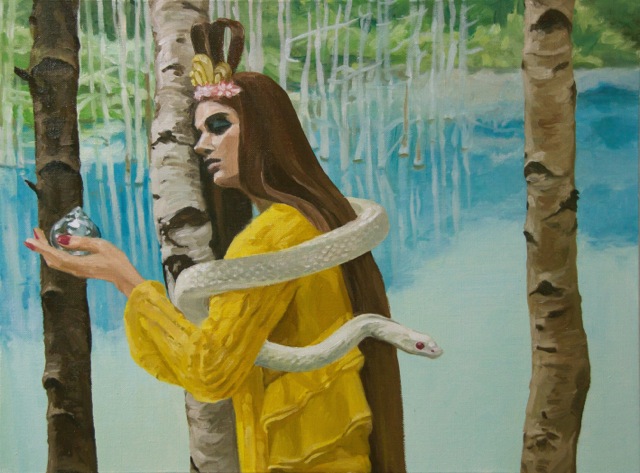 Akuta wo Erabazu (As it goes) casts a positive light on this aspect of the Japanese condition embodied by the country’s landscapes, and which resonates with the artist’s own attitude towards external influences. As a young artist born in the 1980s, Sumida takes her materials, the images of phenomena that have come to be regarded as “originally Japanese” despite arising from cross-cultural exchange since antiquity, and reproduces them using the traditionally Western pictorial technique of oils on canvas in a way that the contrast between multiple cultures is consciously accentuated. This is for her, and for us viewers, a method to get to know the very place we live.

III) 220th Anniversary of The National Gallery in Prague

Circle of Animals/Zodiac Heads by contemporary Chinese artist Ai Weiwei, will be displayed as one of the projects accompanying the exhibition Generosity: On the Art of Giving, which is devoted to themes such as sharing, generosity and patronage, and is organized in celebration of the 220th anniversary of the National Gallery’s predecessor, the Picture Gallery of the Society of Patriotic Friend of the Arts in Bohemia.

Ai Weiwei’s Zodiac Heads is the first and long-awaited work by this acclaimed artist to be exhibited in the Czech Republic. The space in front of the Trade Fair Palace will house twelve bronze zodiac-animal heads, copies of sculptures designed for the Garden of Perfect Brightness (Yuanmingyuan) near Beijing, which were destroyed by foreign troops in 1860 during one of the Opium Wars. A reminder of the complex relationship between art, history and politics, this installation speaks to the mission and identity of museums, a theme that also informs the anniversary exhibition in the National Gallery. The 1.5-meter-wide heads are each attached to a three-meter-high slender post, forming a semicircle. The artist originally made them as “public sculptures” in response to the state of public art in the USA, where he lived between 1981 and 1993. He found most of the sculptures in public space too serious or officious—static monuments rather than objects to amuse and inspirit city dwellers. He decided to treat a theme that would be playful and approachable for a typical city dweller, one who is not necessarily a museum-goer. The concept was extremely successful and Weiwei’s Zodiac Heads—first shown in New York’s Central Park around the so-called Pulitzer’s Fountain between May and July, 2011—became one of the most famous works of contemporary Chinese art. It is perhaps the only contemporary Chinese artwork that is featured in many publications about international art in the 20th and 21st centuries. Many further copies have been made over the years.

About the artist
Ai Weiwei is China’s best-known contemporary artist. His innovative and provocative works have earned him extensive international recognition, and have also made him an enemy of the Chinese government, which he has often openly criticized. Ai was born in Beijing in 1957, and he began his studies at the Beijing Film Academy in 1978. At that time Ai became a part of the influential avant-garde artistic collective Xingxing (“Stars”), whose famous 1979 unofficial exhibition was shut down by government officials. Eager to escape the limitations and repression of Chinese society, in 1981 Ai immigrated to New York City, where he encountered artworks by Marcel Duchamp, Andy Warhol, and Robert Rauschenberg. These artists significantly influenced Ai’s developing artistic practice, for example, by inspiring an interest in readymade sculpture, commercial imagery, and conceptual art.