The Godfather of Human Anatomy

SINGAPORE- A lecture by Professor Peter Abrahams ‘A 15th century artist whose concepts and ideas anticipated 21st century radiology?’ at the National Museum of Singapore. This event was organized by the British Council and the University of Warwick on the 18th November 2015.

Leonardo Da Vinci born in year 1452 did not receive any formal education and spent most of his time in a workshop drawing. Nearly 500 years after his death, his artistic works are still highly appreciated and acknowledged. ‘Leonardo is a genius. He is famous for his works in, paintings, engineering and architecture, but what most people didn’t know he has done amazing human anatomy drawings before any anatomy books were available at the time (15th century),’ said Abrahams during his lecture.

The few reference books that were available during the Medieval period were produced in the late 1200s. The whole world of science was in the Middle East, and paintings that were drawn were not anywhere close or suitable for treating patients. Prof. Abrahams presented many good comparisons of the paintings that were available for Da Vinci to make cross-references. In these the head was inverted and ribs were disoriented, and all very inaccurate.

Anatomy drawings by Da Vinci’s were not published until the early 1900s. It was not because peer-review existed, rather it was the enormous number of drawings that he left behind when he died. His assistant, Melzi, bound up his work in leather folios, and eventually Da Vinci’s sheets found their way workpieces to Windsor Castle of which 300 were drawing of the human anatomy.

‘His work was sitting there in the print room of Windsor Castle since the 1600s. It would have revolutionized medicine (if it was discovered or appreciated much earlier),’ said Prof Abrahams.

During the lecture, Prof. Abrahams presented 15 different concepts that were totally original by Leonardo Da Vinci. For instance, Da Vinci was the first person to draw accurately and describe teeth in humans. It was once thought that men had more teeth than women, and Da Vinci proved them wrong. Da Vinci also had an incredible spatial awareness and visual perception; he visualized different ways to slice human bodies –coronal sagittal transverse plane slices to illustrate internal structures he had commented on how awful it was to dissect human bodies especially in the summer heat!

Picture shows Leonardo Da Vinci’s illustration on the human skull and the brain (left) and the modern drawings in Clinical Atlas of Human Anatomy by Mcminn and Abrahams 7th Edition, 2013 (right).

Professor Abrahams who has been referencing Da Vinci’s drawings to teach human anatomy to medical students over the last 40 years said,”I don’t think my drawings are better, they just look more modern.’

Picture caption: On the left, the lines of force coined as threads by Leonardo Da Vinci to illustrate the movements of the muscle. Modern computer graphics illustrating muscle contractions.

Da Vinci was also the first person to draw the vertebrae of the spine correctly, all numbered and, he used a technique known as the exploded-view drawing, a drawing which is commonly used in engineering. ‘He was a brilliant engineer.’

‘He looked into the angle and the position of the muscle, and studied the mechanics of the muscles,’ said Abrahams.

Da Vinci was certainly fascinated with and by the mechanics of the human body. His work was meticulous with a prime example of, eight drawings of an arm and all details were drawn on a A4-sized paper. He was also the first person to draw and to describe a man’s death from coronary thrombosis and illustrated the tortuous coronary artery of the dead old man.

During the 15th century, there was no corpse donated to Science. Hence, he was limited in the number of bodies. Bodies that were available for dissection were mostly bodies of criminals. Da Vinci probably only dissected two women during his lifetime, which explains on why the drawings of women were rather masculine. ‘Because a woman who was to pose for (nude) drawings would have been considered a bad lady.’

Due to an understandable limited resources, organs he sometimes used animals such; the uterus in his drawing of “woman “was from the uterus of a cow as was his injected cerebral ventricles

And because Da Vinci was limited to the number of bodies for dissection, most of his drawings were information passed from the one drawing to the next, in a similar way that is still used by artists today to refine the details of a drawing.

Leonardo Da Vinci’s Anatomy is now available in the app store for downloading. Readers and viewers are able to understand the written information in Da Vinci’s drawings; all written in Latin and in mirror-images as they have all been translated into modern scientific English. http://leonardo-da-vinci-anatomy.touchpress.com/ 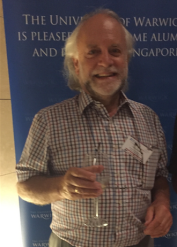