In the unconventional exhibition, Ghesquière’s showcase the inspirations for his Fall Winter 2015-2016 ready-to-wear women’s collections at Louis Vuitton.

The next segment is on Marte Mei van Haaster. She has an Instagram and Tumblr. In the same space, there is a showcase of a huge trunk dated back to the early 1900s. Louis Vuitton is renowned for its trunk. All items took 6,663 miles from Paris to Singapore. 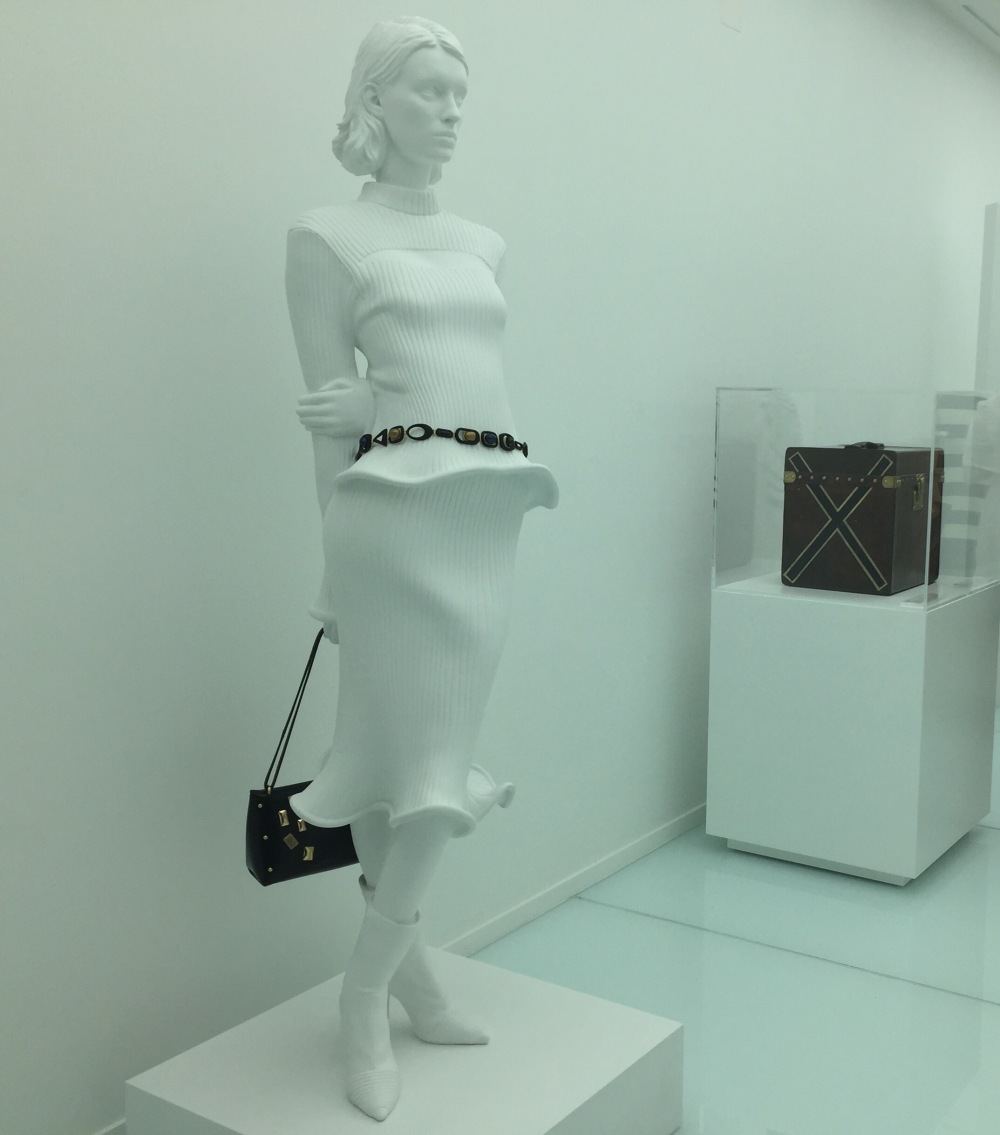 There is a segment at the exhibit where visitors get to see the designs of East meets West. A cheongsam with a traditional artwork and puff up European sleeves, and the top-to-bottom zippers run slightly away from the center.

According to Louis Vuitton guided tour, nine pieces of SG50 Petite Malle were made to commemorate Singapore’s 50th birthday. The making and final touches of Petite Malle are also shown in the exhibit. Visitors were busy snapping pictures of the almost finalized Petite Malle. Every piece is handmade. 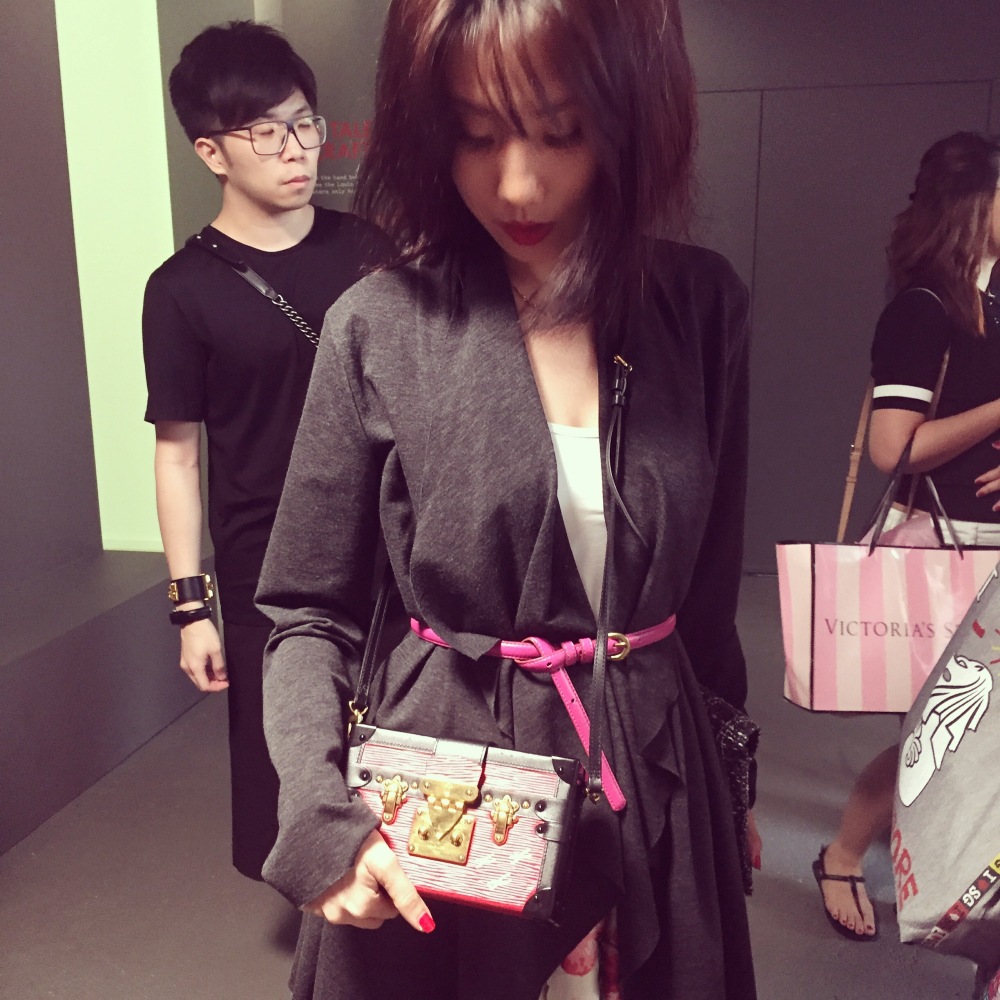 At the end of the exhibit, visit the café of Saint Pierre and enjoy French songs including Charlotte Gainsbourg. Don’t forget to take a copy of the Series 3 poster.

Meet Joanna Foo, one of the LV tour guides for this exhibition.

Admission Free, from 11am till late evenings 10-ish pm.