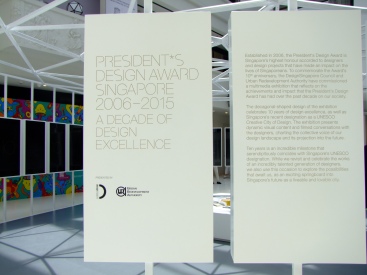 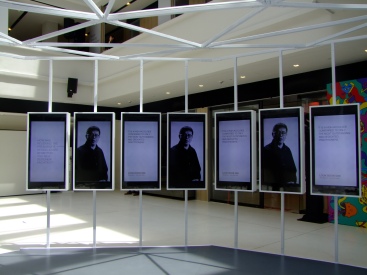 Members of the public are invited to nominate the designers and design projects that they think have made significant accomplishments or pushed new frontiers in Singapore’s design landscape.  The award will be given out in two categories – ‘Designer of the Year’ and ‘Design of the Year’.

Nominations may be submitted online at www.designsingapore.org/pda. For further information on the award, please visit the President’s Design Award website listed above or contact Mr Ben Tan at email: MCI_PDA_Secretariat@mci.gov.sg.

The public is also invited to view the President’s Design Award 2006 – 2015 * A Decade of Design Excellence exhibition, a special 10th anniversary edition, and be inspired by the success stories of these outstanding designers. The exhibition is currently held at the National Design Centre.

The President’s Design Award is administered by the DesignSingapore Council of the Ministry of Communications and Information and the Urban Redevelopment Authority.

About the President’s Design Award
The President’s Design Award is Singapore’s highest honour accorded to designers and designs from all design disciplines.  It recognises the significant contributions and achievements of an extraordinary group of people who are making a difference to the lives of Singaporeans and to the lives of the larger global community.  The recipients are the standard bearers for design excellence, models for future generations of designers to match and exceed.  As these standards permeate into the consciousness of society, they bring about a greater general awareness and appreciation of quality design.

The Designer of the Year award category recognises designers or design teams for their creativity and achievements in any design discipline, demonstrated by a sustained body or portfolio of works.

The Design of the Year award category recognises the national significance and creative value to Singapore of projects or products in any design discipline.

More information about the President’s Design Award is available at www.designsingapore.org/pda.